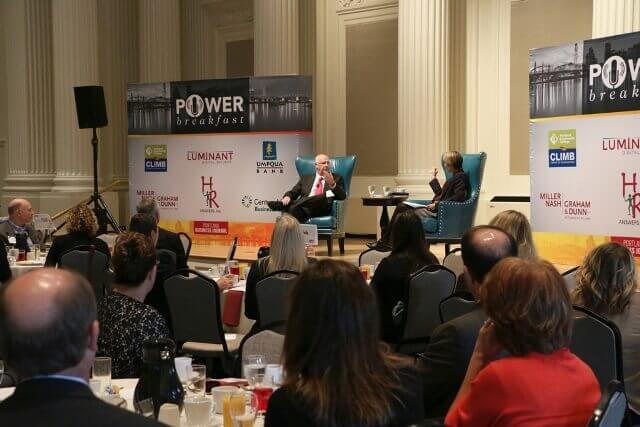 In addition to the live interview during the event, the Business Journal featured Allen and Windermere Stellar several times leading up to and after the Power Breakfast. We secured the event and interview in 2014. Leading up to the October Power Breakfast, the event was promoted aggressively by the Portland Business Journal. Several emails, online and print advertisements and social media posts encouraged the Portland business community to attend the event.

Coverage to Tease the Event The week prior to the breakfast an article ran featuring excerpts from the pre-event interview between Allen and the Portland Business Journal. Immediately following the Power Breakfast another article was published summarizing the interview for those unable to attend.